This is Easy Mexican Rice recipe turns plain white rice from your pantry, into a delicious side dish packed with mexcian flavors and cheese!
— Read on www.thecookierookie.com/easy-mexican-rice-recipe/

This all-in-one dinner is perfect for busy nights. In our Beefed-Up Rice Casserole you’ll discover layers of beefy, cheesy, fill-ya-up goodness. Get ready for lots of “oohs” and “aahs” when you bring it out!
— Read on www.mrfood.com/Casseroles/Beefy-Rice-Pie-1128 I love chicken livers over rice and I also love red beans and rice and I also love mushrooms and rice. There’s very few in the list of vegetables singularly over rice that I don’t like, like, broccoli, peas, onions, potatoes, sun-dried tomatoes, green string beans; and of course, chicken livers and red beans aren’t even really vegetables, except that someone in a rice kitchen might allow for it. (I know that’s uncouth today. I prefer the old tradition of allowing light meat substances in the vegan kitchen — I’m always saying this.)

And well — I’m not a very accomplished cook standing alone in bare feet so I can’t say if I know that you can make a real white rice melange smothered in chicken livers, onions, mushrooms, AND red beans. I never see the red beans paired in with chicken livers on the rest of this onions/mushrooms combo.

But finally, since I don’t have a solution for my question and all I could think of today was all of these ingredients in a rice bowl, I pulled together a few good recipe links for rice and some of these key ingredients.

Never found what I was actually looking for. But nothing chicken liver, onions, mushrooms and red beans over rice — whether it’s saffron rice or white rice, either. This does not even compare; it’s ingredients are entirely different. Even though dirty rice is a delicious rice dish, it isn’t anything like combining chicken livers, onions and mushrooms with red beans and rice.

So to solve my problem, and to continue to prove my ineffectiveness as a cook — I thought I’d show how I typically might try to get out of this craving. I’ve found two more excellent recipes — one for red beans and rice, and another for pasta with mushrooms and chicken livers and shallots. I was thinking of adding rice to rice. But instead, I found that maybe the total ineffective nature of the idea is better to show, rather than make it believable and lead people astray. I honestly don’t think you could combine these two recipes and win.

But for the sake of the argument. Using these two recipes following, I make a few suggested amendments.

Pappardelle with Chicken Livers and Mushrooms (and Shallots) | Food and Wine

Not exactly what anyone means by fusion cooking probably, but honestly, if you prepare the red beans with long grain wild rice instead of long grain white rice, it is a possibility to share the plate with the pappardelle, especially if, you’re willing to chop up your pappardelle into small bits. And finally, finishing off the red beans and wild rice pilaf and keeping it aside, and finished off the topping for the pappardelle; and, chopping up the pappardelle into small fragments like 2 inches (with a knife once they’re cooked), there’s nothing to stop anyone from adding the chicken livers toppings over onto the wild rice pilaf and beans, mixing it all like a salad and throwing the chopped papardelle on top and remixing again like a salad.

It’s probably not worth remembering again.

It would probably be more valuable to saute all the pasta toppings including all the ingredients for the red beans and rice (without any rice), steam the wild rice, steam the pappardelle, chop the pappardelle and then put it all together like a salad.

Well I tried. (I promised myself to be a cooking disaster every once in a while so no one believes I am not sharing because I don’t want to.)

I wanted to check where you could easily buy pork lard or if it is something you might have a hard time finding. You know that I love finding ingredients that I think must be difficult to find and that are not; so I shopped pork lard this morning and found it online available at Walmart as Pork Fat (have never noticed that, but they also have pork lard), and also at stores called Crowd Cow, iHerb, Web Restaurant Store (all online) and Amazon. I also found it at another online shop named Farm Food, so I decided to include the link to it for that shop, since the shop seemed rather attractive. Not that the other shops weren’t attractive, I decided to feature Farm Food as my favorite. (I have also included Farm Food as a shop link on my sidebar links as of today: September 14, 2019.) Notably, Armor Lard is available almost anywhere and still another suggestion might be to check your local grocer’s delivery of it through Instacart if you’re not interested in putting it in your regular shopping line up. (Some people don’t like to break their ordinary lists to buy special goods at the store; I totally understand.)

However, I have to note, this delicious gumbo can also be made with vegetable oil or regular lard, yes. But we’ve covered all the bases all the same.

Love Gumbo! This Super Shrimp, Okra And Andouille Smoked Sausage Gumbo Is Over The Top – The 2 Spoons 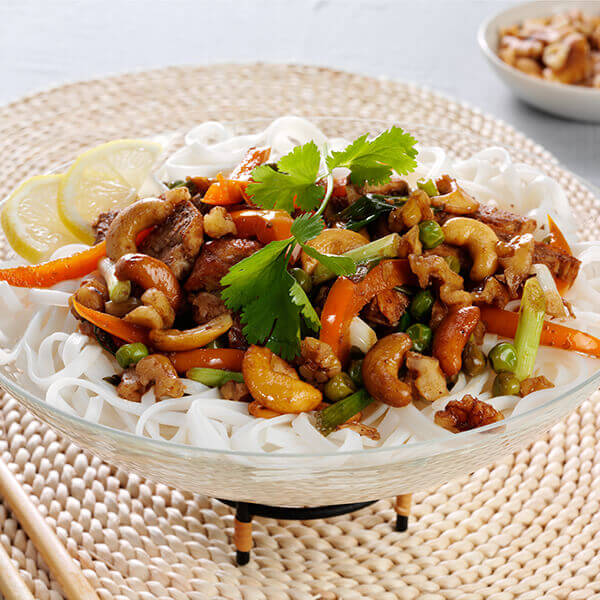 How to make seafood risotto: the recipe of the first fish dish

Burghul with eggplant and mushroom ragout – Rice and cereals

Orzo with pesto: the recipe of the single cold dish with cherry tomatoes

Growing up, I remember enjoying the Fourth of July Grill at home and having some Italian dinner sides kitchen cooked indoors. Risotto for later in the evening is one of my favorites! Thought I would post it, also because it seems to coincide and anyway, I wanted to post some summer zucchini recipes. So I did. There are more, later on down this day’s page.

“Carnaroli – a variety of short grained rice used for risotto”

Well I wasn’t sure, but another person at this same table, enjoys a good grapefruit rice. I think this means coconuts or else heavy citrus. Okay, my life will be very interesting from now on. Well, live and learn. (That was a joke.) No, I would never ask anyone not to eat their coconut rice and I never will; that is something I have to stay away from along with the other fruit and salt dishes. No problem, I can keep my hands to myself.

(I have no picture to transfer.)

Haven’t I told the story about being Italian on my blog here? Oh, then, yes, I’m Italian. I tell that story a lot — I mean, a lot, on my Facebook page, it seems kind of weird telling it here. It’s not really the kind of professional blog I’m keeping where you’d say those kind of things. Also I’m not really a professional Italian they way you’d think someone with professional blog intentions would make themselves seem, like I know everything about being Italian. Quite on the contrary. I don’t. My story is rather science fiction-ey and so I keep it clean to the pages of Facebook where I see those kinds of thoughts transpiring about being Italian and also American or also not being sure if there were ever Martians in ancient Italy. It just goes on from there, including beliefs about Greeks who sailed ships in prehistory and colonized America. But I say that often everywhere else I can.

I am hoping people will enjoy the same kinds of recipes that I do since I don’t cook and so I try to choose interesting ones. My Facebook page is usually a sad slaughter of recipes daily that are difficult for people to get to over many weeks and so the blog archives them well.

The reason why I didn’t want to do this earlier is because I don’t feel like saying things on a blog that I would on my Facebook page, as I’ve said.

So yes, I am Italian.

(Burghul is the same thing as Bulgar.)