In this French-style healthy soup recipe, sausage, cabbage and root vegetables simmer together to make a comforting and healthy meal. Serve the soup piping hot with grated Parmesan cheese on the side. Like most soups, the flavors are even better if it’s made a day ahead.
— Read on www.eatingwell.com/recipe/250957/sausage-cabbage-root-vegetable-soup/ 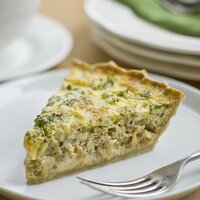 I found a lot of last minute dessert collections this Sunday evening. (Today being 08/04/2019 in case you are searching recipes by the days of my calendar.)

You might wonder what has come over me to over-do over-doing re-blogging lately?

I am rather bored with everything that is happening right now. I had a difficult couple of minor injuries in July and I have to convalesce for the entire remainder of the month of August at least, possible September. This allows me to spend more time searching internet recipes.

Who wouldn’t love any of these chopped salads in a ciabatta bread bun?