Someone asked me to come up with a vegan-esque burger creation of my own that doesn’t use grains. I’ve come up with some vegan-esque burger creations before, but I use them to hold my ground against what doesn’t have to be about undeveloped trademark plant-based burgers, so I haven’t really shared the creation aspect in full. I’ve just suggested vegetable additives to the base pulp of the plant basis.

For that matter, I do prefer vegetable meatloaf burgers (as defined below) to plant-based solutions (which still is seeming a funny fetish craze lately to me).

I love butternut squash as I have said very often and I’m not sure if chickpea flour counts for grain or not so I will not include it as milder grain. I am also not sure if rice flour counts for grain. But I would use a staple combination of vegetable oil or canola oil with thick plain Greek yogurt and a small amount of firm tofu, smashed up into a glutamase elixir which could substitute flour to hold together the mashy-liquidy flours that could be made out of softened vegetables.

So to get a little frilly. I don’t know if it meets everyone’s requirements because I’m not obviously vegan, I just like some vegetables more than other meateaters — but I would combine zucchini and buttnernut squash and small cannellini beans (the zucchini and the butternut chunk pieces having been steamed to a slight amount for easier mashing and also drained of excess water; and the cannellini beans drained of excess water). Then I would mash them all together and add in also the glutamase elixir yogurt. I would guess by then, it smells and tastes not very good. But I’m planning to fry it and not bake it, so my temptation to add a small mixed amount of rice and chickpea flour treated in soy milk, is also huge. I won’t do it.

In which case, I need more herb, spice and vegetable garnish extension into the recipe in order to make it palatable. I’m not sure how to do it. So I would make one last ditch effort to try to get red beet flour (which I know exists somewhere) accepted in as non-flour substance, adding to it some fresh parsley, fresh minced garlic and basic Italian herb seasonings. Frankly, having done that, I might also add some minced, chopped spinach and minced, chopped scallions to thicken out the minced oily garlic and add some extra tension to the full mixture.

In all I have in content: zucchini, buttnernut squash, cannellini at base, a yogurt glutamase solution to combine and a prepared red beet flour mix with Italian herbs, minced oily garlic, chopped/minced scallions and spinach leaves with chopped fresh parsley (optional).

I’m using the same oil to fry as the oil that went into my elixir yogurt mace and after I’ve dipped the primary loaf burger into the red beet mixture, I’m ready to fry.

Haven’t got a clue if it is worth the trouble though. It just sounds like something I would eat in a salad and I have no reason not to eat it as a red beet flour loaf. Would hope that the side include the option of steamed green beans. I love those! Oh and maybe cheese curds!

This here below is a recipe from a separate website and has nothing to do with the words above it. I just wanted to include it today. 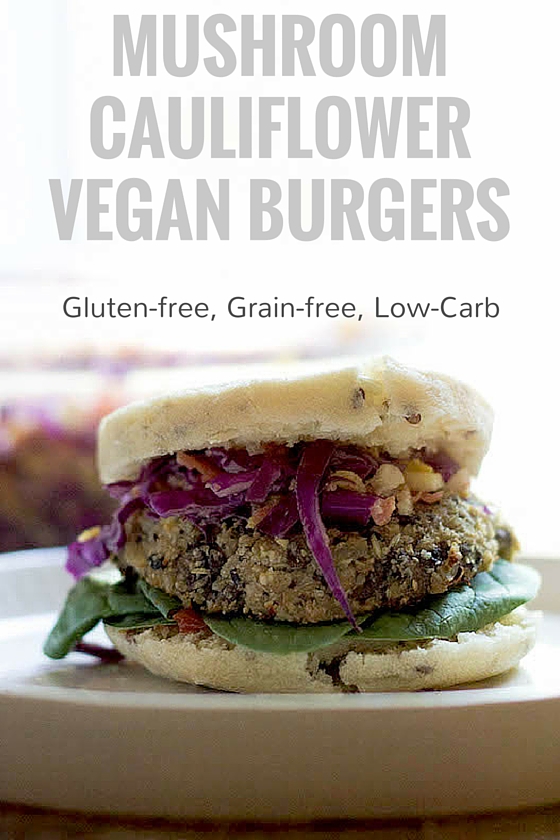 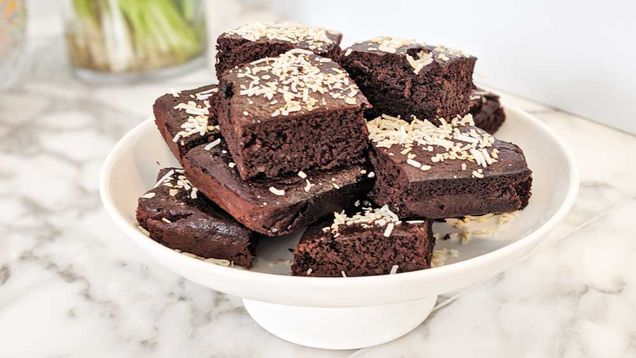 And there is no reason why crab cake burgers were never considered a meat alternative dish in fast food restaurants. (Maybe there is.) 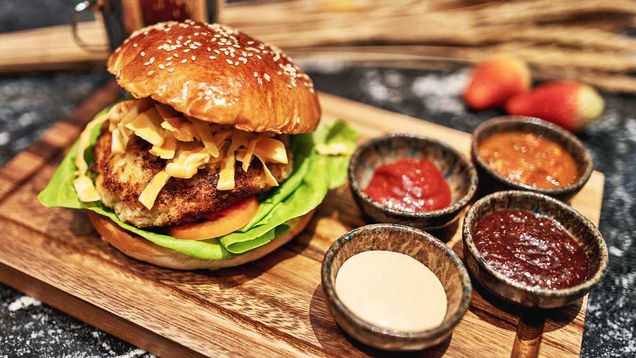 I love this. I’ve actually had this in the past. Not near past, but I enjoyed it and have totally forgotten about it. It’s a vegan burger — not really plant based but vegetable based anyway. And what it used to be called is a broccoli-meatloaf burger.

I would rather eat vegetable meatloaf burgers than plant-based burgers. And what I mean by vegetable meatloaf is a loaf of pulse meat that is put together with chopped and worked vegetables, herbs and other substances substantial to holding together the loaf qualities, like breadcrumbs.

Plant based burgers are way too futuristic for my feeble wit. They have too many manufactured food syllogisms in their composition which really haven’t been turned into a food substance by definition, which is why I call those base-pulp burgers. They aren’t finished or constructed, with more food materials — but I say that all the time.

Why didn’t they put a slice of vegan cheese on top?! 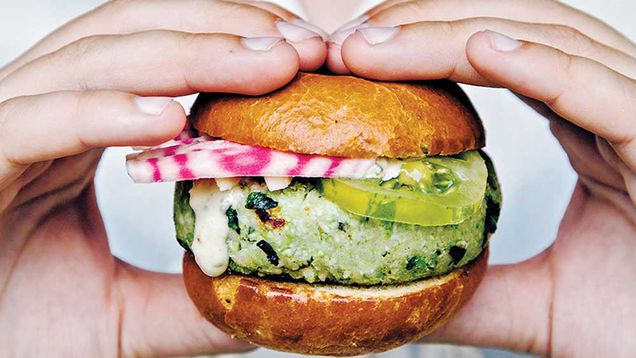